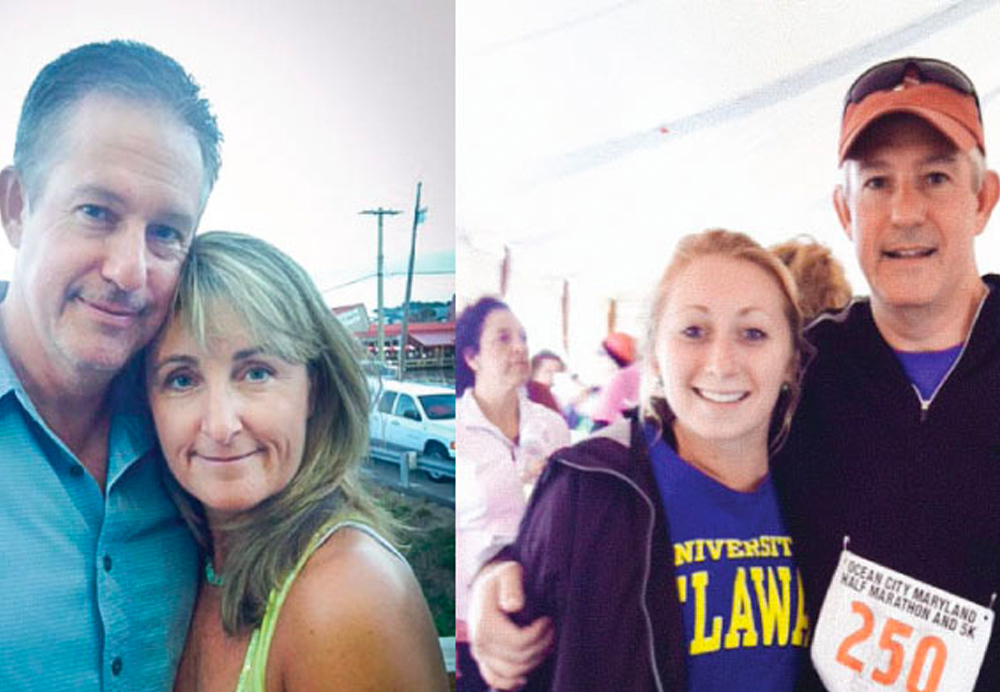 "If you play basketball, you learn how to shoot; if you play baseball, you develop a philosophy on how to swing; when it comes to eating and fitness, you should at least have a strategy for making the right decisions. Whether your goal is to lose 100 pounds or 5 pounds, it’s about developing habits that are going to be sustainable long-term "

Craig Burris has always maintained an active lifestyle. He grew up playing baseball and basketball and continued to play baseball as a college athlete. As an adult, he enjoyed playing basketball, all while growing a family and leading his business as the founder and CEO of SmartCEO. Over time, as many ambitious people and busy business executives come to experience, Craig found himself struggling to maintain his active lifestyle and healthy eating habits as he once did. So he started seeking a solution.

Craig first discovered MetPro through a Facebook post titled “Metabolic Profiling for CEOs”. Craig’s attention was piqued: “What was Metabolic Profiling?” After watching a TEDx Talk about technology's impact on one’s posture, Craig soon learned that the speaker, Angelo Poli, an expert in Neuromuscular Re-Education (Posture and Alignment) and Nutritional Sciences, created a scientific diet strategy that provides concierge nutrition, fitness and lifestyle coaching for C-level executives, athletes, models and other professionals with demanding schedules.

As a lifelong athlete and CEO, Craig was interested in how this approach could help him put his diet and fitness routine back on track. Because his diet and workouts had become stale, Craig noticed that it had started to affect his energy, mindset and even the way he conducted business. As a CEO, Craig felt that this was unacceptable. Craig decided to schedule a call with MetPro CEO Angelo Poli and his team of industry experts. Over the course of the next few days, Craig spent time on the phone with his nutritional coach discussing a diet strategy that worked for his current physical ability and demanding lifestyle.

“Angelo made one comment that has stuck with me since I started MetPro,” Craig says. “‘Look at your calendar for the next week. You know where you’re going to be, right? Do you know what you’re going to eat while you’re there? It’s very easy to start to think about what you’re eating over the course of the day – you just have to follow a system.’” he says.

It was important for Craig to understand and gain knowledge about how he was supposed to eat for his body and goals. With the help of his MetPro coaches and the concierge service, Craig was able to adapt to the MetPro System with relative ease. His coaches walked him through how to shop for and prepare his meals in advance. At first, planning and thinking about his meals ahead of time was a big change for Craig, but after he acquired the right knowledge, it became routine. Now his wife and all three of his children eat on the MetPro system.

How Does MetPro Fit Into A Busy Executive’s Lifestyle?

Craig joined MetPro at a time when he was about to launch a growth and expansion plan for SmartCEO. He feels that by working with Poli and his team of experts, he was properly prepared to handle the rigors of the year ahead.

While traveling, MetPro’s concierge service helped Craig navigate his meals and business dinners by providing specific menu items for restaurants in the area. With MetPro’s in-app workouts, Craig was able to exercise anywhere – whether it was in his hotel room or at a gym nearby.

“Everyone is looking at a rectangle – whether it's a TV, computer screen or iPhone – and we are hunched over while doing it. Each time I worked out, my MetPro coach had me incorporate three to four postural exercises that expanded my chest and pulled me backward ... over time this had a lasting impact,” Craig says.

Craig had the desire to achieve more with regard to his health and to learn the best way to do it. “I think everybody inherently wants to improve their health and physical fitness. It’s one of those things that every person you talk to could say, ‘yes, I would like to be better.’ But people get stuck when they don’t know what to do next.” Craig says. The missing piece in Craig’s health was that he needed someone with the expertise to take the reigns in his incredibly busy life. With MetPro’s services and technology, Craig was able to gain all the knowledge, information, and resources he needed to succeed.

“I feel like I ended a stressful year in almost as good shape as I entered – all because I had a process to follow,” Craig says. Today, Craig has lost 20 lbs, gained back lost muscle mass, and, at the age of 53, feels quicker and stronger than ever on the basketball court. Due to the fact that he routinely interacts with so many like-minded people in the business space, he is thrilled to share his life-changing experience working with MetPro.

5 Lessons Craig Burris Learned While on The MetPro System

I love MetPro, I love how I invested in it and it came back to me in spades!"
Stacey

It's pretty awesome to go out and run faster than your friends who are half of your age!
Ivy M & Brad

I can take on challenges and do things I didn't think were possible before!
Autum

For me, it was the education that MetPro provided to help me change what I needed.
Jan

Wanting to feel better was my why, and MetPro has provided me with that!
Bart

The service is FIRST CLASS.
Louis